After our Hoi An holiday, we returned to Saigon to bid farewell to Sarah’s folks and spend the last few days of our Tet break lazing around town. 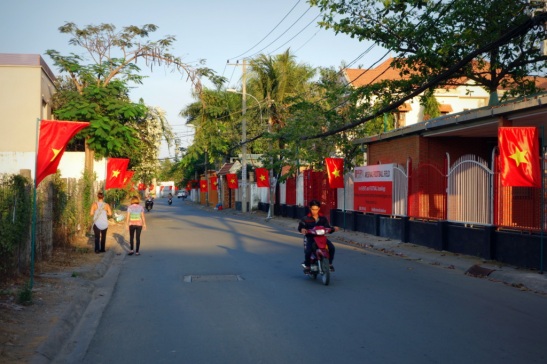 It’s not easy to forget what the flag looks like during this time of year.

We joined the Radulies at the Đầm Sen Amusement Park on the other side of town for some amusement in a park-like atmosphere. 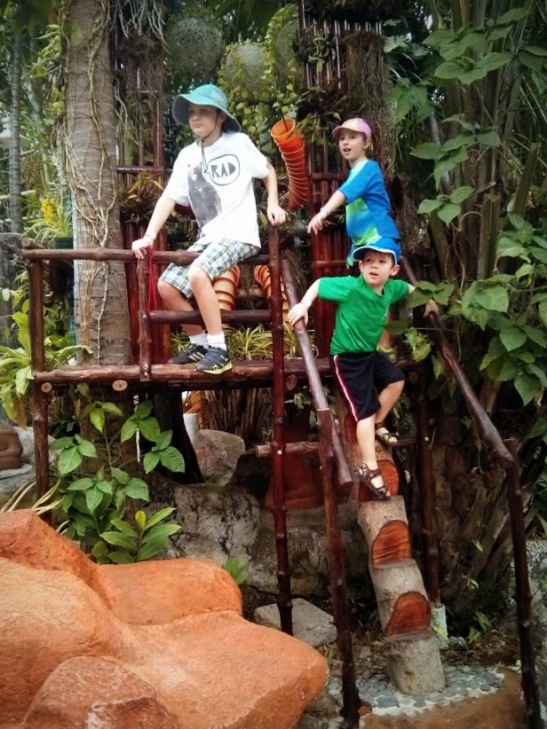 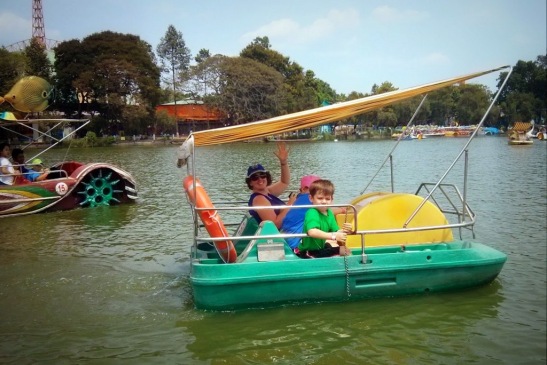 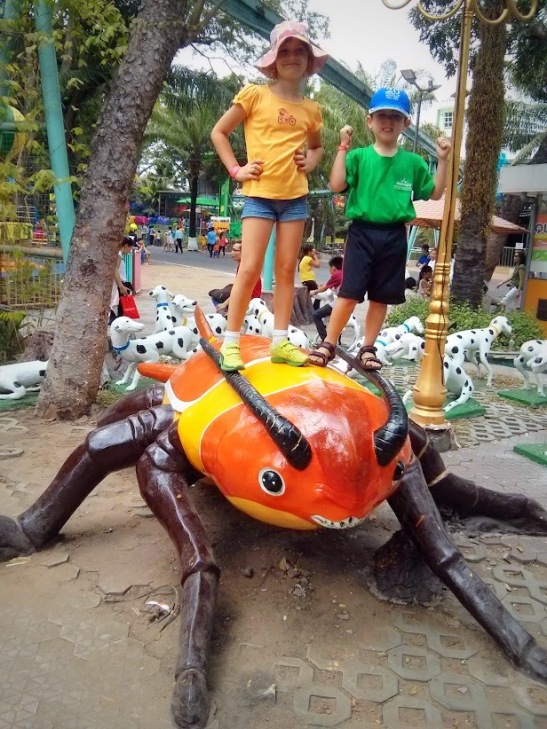 The next day the Eldest and I took advantage of the nearly empty (for Ho Chi Minh City, at least) streets and cycled into District 1. 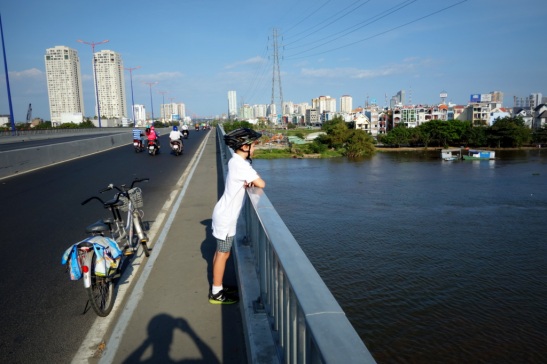 We discovered that they had blocked off Hàm Nghi street and brought the rest of the family back downtown later to check out the floral displays. 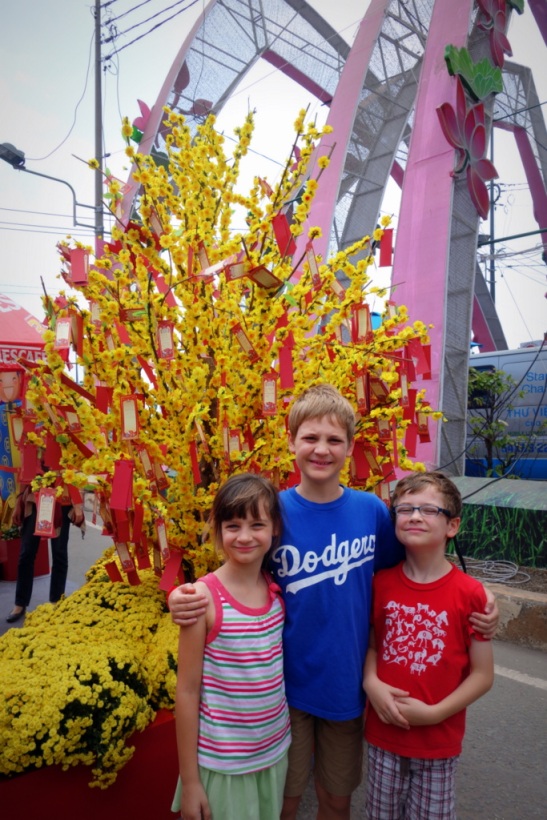 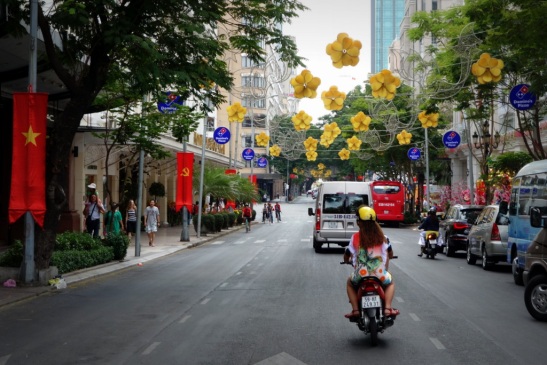 Our first week back at school was capped off by my third styrofoam box of fish presented from a student.  We had already unpacked the 20 or so shrimp (with shells and heads still on, which is standard in this part of the world) as well as a large (two feet long?) fish already cut into steaks (we gave our nanny the head to take home with her) we when snapped this pic:

Wait!  Is that a huge cuttlefish floating in the ink-stained ice?  Can we get a better view of that? 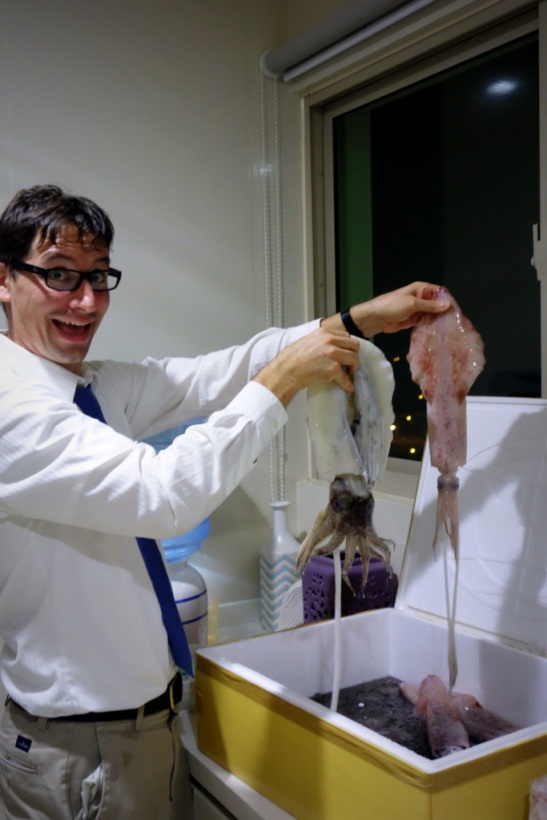 Note one of the two very long tentacles (it has eight “arms”) is still partially in the ice slurry.  It’s really smooth until the end which has a bunch of suckers on it.  Unfortunately the other one was severed.  If it looks angry to you it probably is.

We’ve made it through the shrimp and some of the fish, which were both very good eating.  The cephalopods and the rest of the fish are biding their time in the freezer, and the kiddos all love calamari.